Congratulations to the Rexdale United FC Boys for their hard work and determination. The team has been rewarded with their second place finish in the TSL in being promoted to the CSL for the 2019 Summer Season. 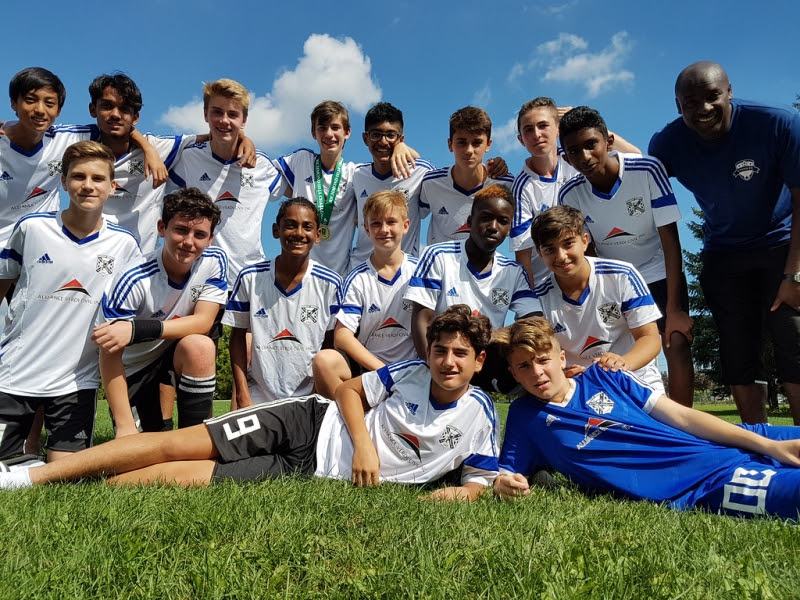 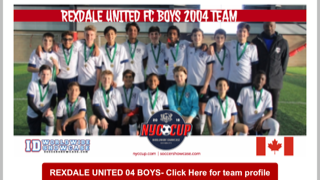 The Rexdale United FC have been given the honour of being invited to the prestigious New York City Cup International Showcase in July 2018. We know the Boys will represent Canada and the community of Rexdale well. We will continue forward our accomplishments to share with our community. The team is currently preparing for the Adidas Empire Cup Showcase in Rochester, NY on the weekend of May 4, 2018. If you wish to send your well wishes to the team, please forward them to unitedfc.ca@gmail.com.

SILVER AT THE WINTER CLASSIC 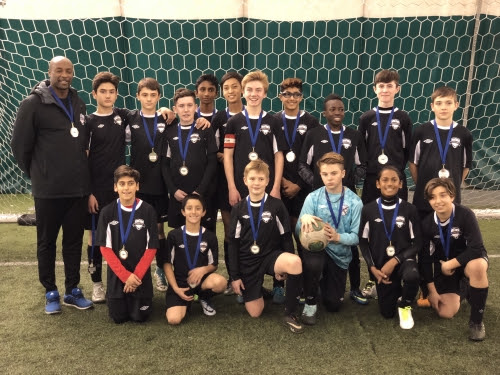 We would like to congratulate the Rexdale United FC on their play at the Hangar Winter Classic. The Rexdale team played with both grit and technical savvy to win their group and advanced to the playoff rounds. In the semi-finals, they prevailed and beat the Oakville SC 3-0 to advance to Finals. They fell short and lost the championship game to the Oakville Blue Devils Academy in penalty shots after a 0-0 draw in regulation time.

Great job guys as we look forward to gold in Stoney Creek in the New Year. 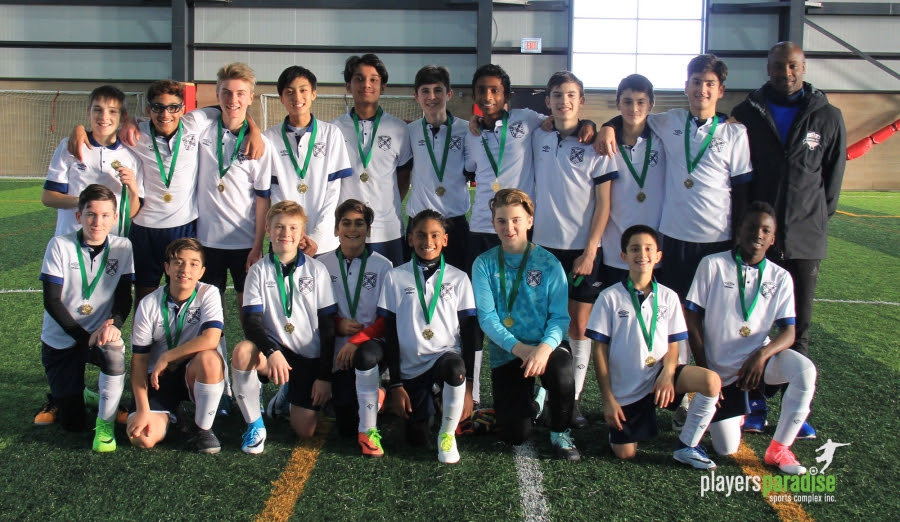 What a way to start off the 2018 year – but with clinching 1st place and the championship at the Stoney Creek New Years Classic soccer tournament! The event was held on Friday, January 5th, 2018 at the Players Paradise Sports Complex in Stoney Creek, Ontario. The team played with determination and displayed respect for both players and the game when tested by their opponents. Despite one unfavorable game, the team made their way to the finals and defeated Brampton by a score of 5-0 to clinch the title of tournament champions! We are confident that this win is indicative of the year ahead and the many amazing accomplishments that this team of remarkable young men will experience.
Thank you once again to the families for their unwavering support and commitment to their players, the team, and to the program. 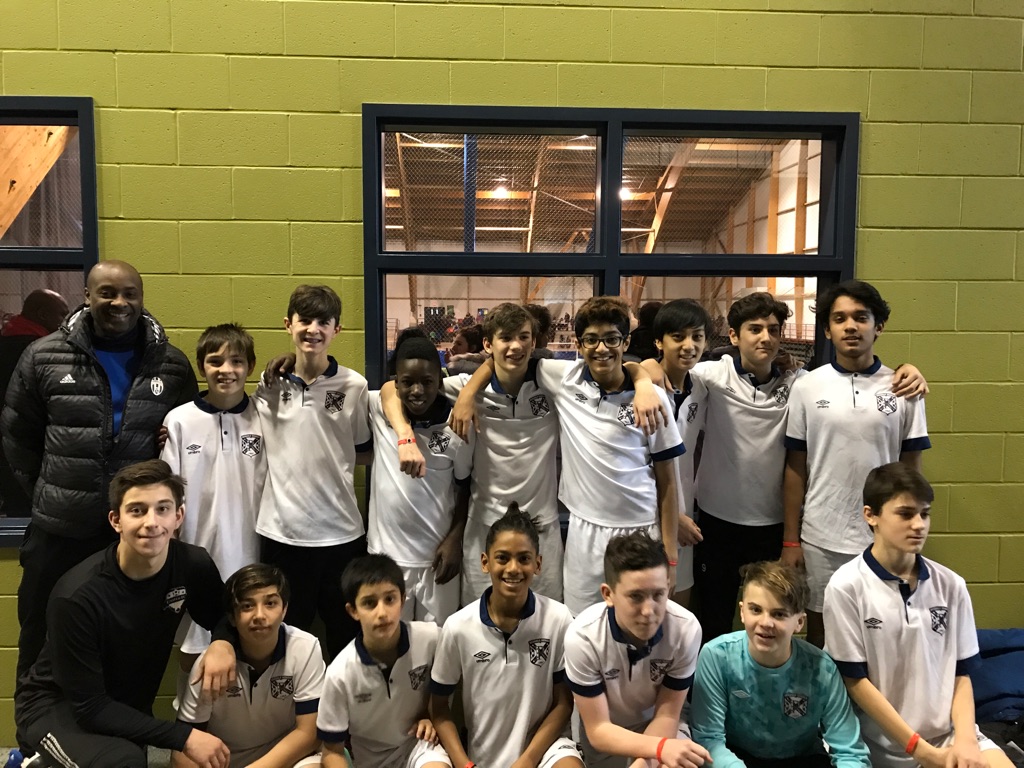 Congratulations to the Rexdale United 2004 Boys team on their tournament in Laval, Quebec on the weekend of February 10th, 2018. The team of 14-year-olds was faced with a major challenge of playing in the U16 Provincial AA Division. Without disappointment, the boys played their hearts out and ended the weekend undefeated with 1 win and 2 draws. These aspiring athletes continue to represent the community of Rexdale well on the National soccer scene.
Way to go boys!!